Established in 2017, NEYDL is an award-winning parenting support charity that works with marginalised and disadvantaged young dads and expectant fathers (aged under 25) in the North East.  Their vision is for young dads to be valued and supported in their role as parents. Their mission is to enable young dads to play a safe, active and meaningful role in their children’s lives, by supporting and connecting young dads and influencing wider practice.

The charity recently featured in The Chronicle magazine where Kevin Stoodley, founder and CEO explained ….

“Young fathers and expectant dads aged under 25 are one of the most marginalised and disadvantaged communities within our region today. Whilst young mothers are commonly seen as vulnerable and in need of care and support, young fathers are typically viewed as a problem to be avoided, resulting in a near total absence of professional help and support.

“As a result, young fathers are all too often forced to confront pressures of navigating family, partner and peer relationships, new adult responsibilities and changing identities alone.

“They can feel a lack of belonging or that they’re invisible and they’re a group that often has a negative portrayal in the media. By investing in young men, we enable them to gain the confidence and skills to play an active, positive, and meaningful role in the lives of their children and families.”

Below is an example of one of the many videos created by the NEYDL team to support young parents.

Ballinger Charitable TrustConnect to Us

Apply for amounts up to

Apply for amounts over 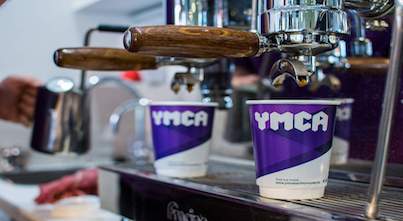 YMCA North Tyneside has redeveloped its North Shields building from top to bottom - the community cafe was the last piece of their refurbishment jigsaw.

We cannot thank you enough. The track has already provided hours of fun and healthy activity for local youngsters and created huge interest in the cycling community.

We are comfortable collaborating in many different ways.